I don't know who would still be looking at this, but hello! C: There isn't much to report at the moment, I just felt bad that my journal looked so bare after setting some ranty entries to private for reasons.

LET'S SEE, WHAT'S NEW?
I got a Samsung Galaxy S5! It's super sexy and I love it and it's my first smart phone, believe it or not *_*

I went to Playlist Live 2014 in March! That was super amazing and unforgettable! I went with a friend and we had a wonderful time meeting all sorts of Youtubers and alkdfgjfdg <333

I'm working on a Pokémon collection site also! It's coming along slowly, but I hope that it'll be mostly ready at the end of the summer! C:

Speaking of which, the bulk of my Pokémon collection currently looks like this: 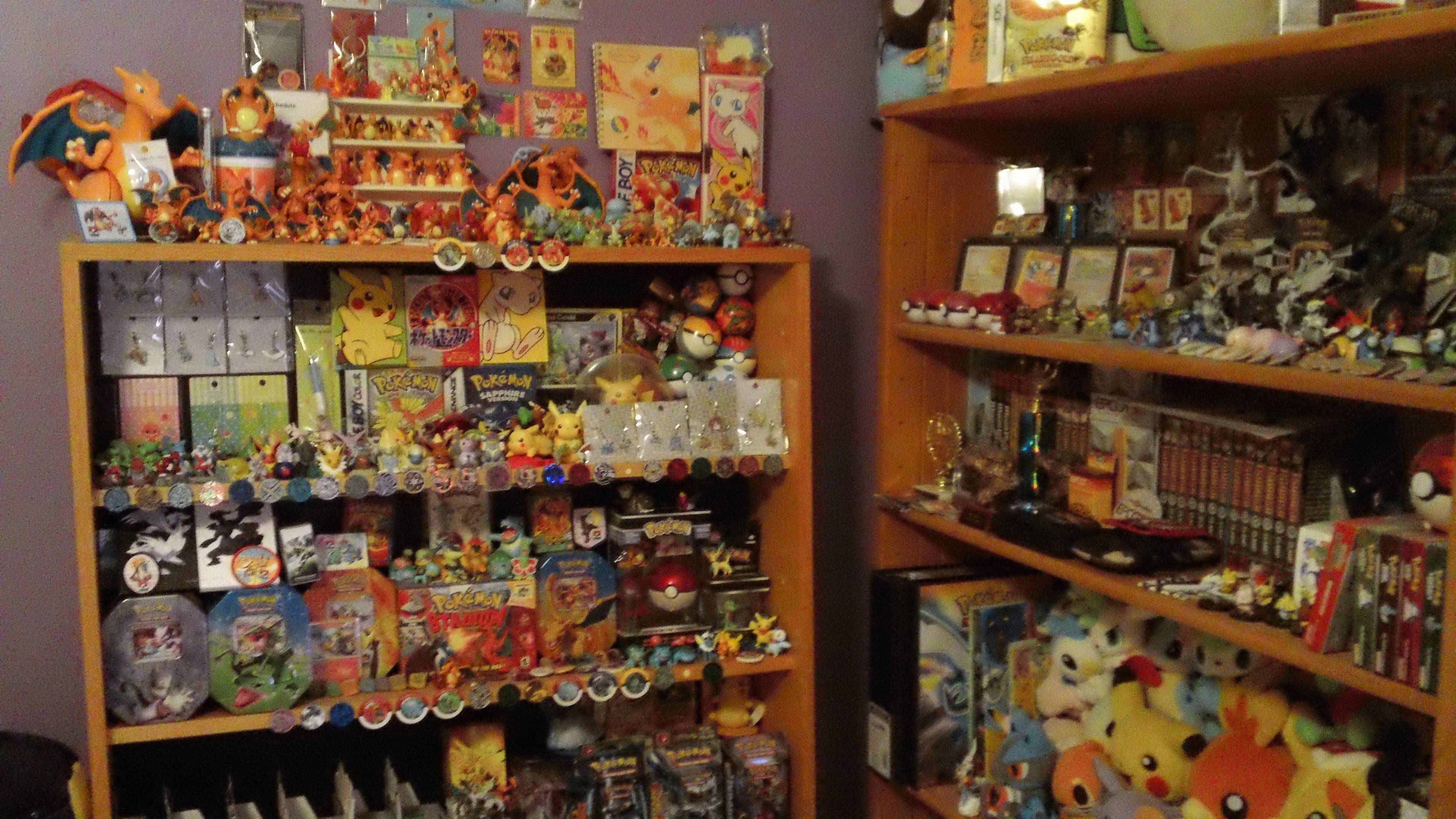 I guess that's it for this little check-in! I hope everybody reading this is doing well! <3

So I didn't post this earlier because of school and all, but alkdjflkajsdlgjasdg. Last Tuesday (Has it really been that long already? Geez February is running away from me) I went to a They Might Be Giants concert in Ybor City. If you know me at all (Or read my LJ profile xD) you'd know that They Might Be Giants is my favorite band ever.

To top that, Johnathan Coulton opened for them, which was also a dream come true because Portal is one of my favorite games ever (In case anybody doesn't know, Johnathan Coulton wrote the ending songs for both Portal games). It was really great to see his original songs in concert, since I don't listen to them very often. One of the last songs he played actually was Still Alive, and I totally went crazy screaming for it haha.

Then he was done and I held my breath waiting for TMBG to come out and...

I just can't describe the feeling when they walked on stage. These people who I've been faithfully listening to for 13 years were actually right in front of me. So many emotions flooded over me when the Johns started talking it's so hard to explain my joy and nostalgia and sheer amazement over the situation. <3 Even after so long in the music career, they still look like themselves, still sound like themselves, and can still play songs from the first album of theirs I heard with the same intensity and joy I remember from the CD I own.

When they started playing, they did a couple songs from their new "Join Us" album and transitioned to songs from the first album of theirs I heard, "Lincoln". Every time they did one of their old songs, they changed the beginning to keep us guessing and it was just hilarious and tear-inducing and ahhh. It's almost a week after the concert and I still can't articulate. xD;;

One thing I can say is this: They Might Be Giants has never let me down with their music, and they continue to make me fall in love with them every time I see a YouTube video of their music videos and random updates. Going to their concert was immensely magical and I will never forget the feeling of seeing them in person.

Also Happy Valentine's Day to those of you who celebrate it! C:

So I'm super excited about the Dragon Selection scans. I'll probably buy me a Japanese pokemon card single for the first time in a long while because that holo Haxorus needs to be at my house as soon as possible oh gosh. <333

Anyway, it's been a while since I last updated my journal, Christmas break keeping me away from home and all.

But anywho! I had a nice holiday and I got some cool stuff too! Namely a red 3DS with games and some pokemon things. c:

The 3DS is really cool! So far I have Skylanders, Super Mario 3D Land, and Pokemon Rumble Blast for it and I love them so much. <3 Mario is so extensive it's great! And Rumble Blast is perfect for me because I always thought Rumble would make a good DS game.

Skylanders surprised me a lot, since I wasn't really expecting it to be much. I wanted it because I've been a fan of the Spyro series for a very long time, and I'll be with him untill the end, regardless of how he looks. Anywho, I felt that it may be a pretty bad game, since it's aimed at kids and would be super easy and blah. It's actually quite good! At least the little bit I've played. I haven't had much time haha. The music is great and the worlds are very creative <3

Not much else to say I guess? Seeing my favorite author in person next weekend! So excited eeee

I figured I'd make a separate Battrio wants list because it feels like I want almost half of the battrio ever made. xD

I know it's a lot, but I'm determined to have all of these at some point! <3 Maybe even a booklet to hold them in, since I know they exist.

Thanks for looking at my wants! :D

I figured I'd start a wants journal in case anybody wanted to see my expanded list. I'll try to order them highest to lowest, but I'm looking after many of these very seriously and vigorously. (Some may think I'm crazy for wanting stuff for all of these different Pokemon, but keep in mind that my main collections are the ones listed in full sprite form, and the menu sprite ones are side collections/ really like but don't want to seriously collect :D)

I'm interested in various items of mostly these Pokemon:

and SHINIES OF EVERYTHING :D

If you collect any of the Pokemon pictured above and you don't mind me using your pictures for my wants list, I'd love to see your collection site/data base so I can add pictures of everything I want to my list (I'm having a hard time finding pictures for things :'c )

If you guys have things that aren't on my want list of a Pokemon that I collect, I'd be very happy to mosy on over to your sales post to take a look. I'm very forgetful of what stuff is out there when I'm trying to make a list of things. xD;;

Thanks for taking a look at my want lists! I'll update them somewhat regularly to reflect new arrivals when I start getting them C:

I figured I'd start my journal off with something self- centered, such as describing myself in somewhat annoying detail.

Lists are fun. Let's do those. These lists aren't in any particular order, by the way. I suck at ordering words.